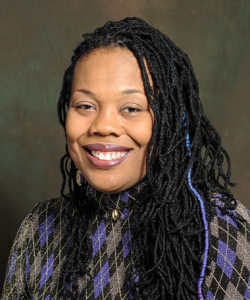 Senyah Haynes has worked with youth populations for more than 15 years, and became a certified Youth Development Professional in 2007 (AYD). Though she has a diverse arts background (performing, visual, and literary) and studied Film in college, she has also been a life-long self-learner in Black studies, supplementing what she didn’t receive in school.

As an 18-year-old Senyah traveled to Jamaica and for the first time she understood how limited her view had been of the African Diaspora; this trip and discovery sealed her fate and put her on the course of seeking out cultures of color across the globe. Through her studies, Senyah has also grown passionate for learning about global similarities which cross linguistic and geographic boundaries between peoples of the African Diaspora, and has been able to learn more about self from this process than she’d ever imagined.

Since working with youth in resource-scarce areas, she’s grown acutely aware that many young people she’s encountered haven’t traveled outside their neighborhood- let alone their city, state, or country. This, as she knows, can severely limit perspective.

Because travel when she was young so greatly impacted her life, she is determined that other youth should have the same opportunity to expand their world view while simultaneously enhancing their image of self. It is from the intersection of these goals that the concept for Diasporal Discoveries was born, sometime circa 2008. In 2011, with the help of Founding Board Members, the organization was officially founded. 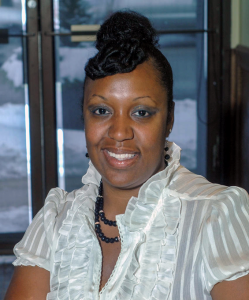 Aisha has an intense passion for international travel, learning about different cultures, developing programs, trying new life adventures and helping others. Aisha was born and raised in South Los Angeles. Born from a mixed cultural heritage of African American and Belizean roots, Aisha has always been intrigued with learning about different cultures and languages. Growing up in South LA during challenging socioeconomic times when drugs, gangs and poverty exceeded the rates of prior years, Aisha observed the economic, mental and emotional toll these challenges took on her community.

It was clear that people needed assistance to combat drug addiction, gang involvement, poverty and increased emotional and mental health issues. These observations within her environment fueled Aisha’s interests and motivated her to study psychology at UCLA and social work in graduate school at the University of Chicago. During undergrad at UCLA, Aisha had an opportunity to travel abroad to Spain for a year to learn Spanish and experience the Spanish culture first-hand.

This cultural exchange and education abroad was a life-changing experience in which Aisha realized the importance and need for cultural education and travel for youth today. Exposing youth to different cultures and connecting those cultures to their ancestry will broaden their horizons while significantly impacting their futures and contributions to their communities both at home and abroad.

In her professional experience, Aisha has worked with under-served populations for the last 13 years. She has counseled and worked collaboratively with a variety of populations within the social services field including pregnant and parenting teens, teens with severe emotional and mental health diagnosis, survivors of domestic violence and men and women in the custody of the Bureau of Prisons. More recently, Aisha has had the unique opportunity to travel to many countries and learn about an abundance of different cultures through her work as the Director of Grant Programs with an international, educational and cultural exchange organization in Chicago.